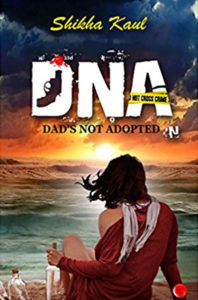 When the past that never existed comes to haunt you, there’s only one thing that persists in your mind – It is definitely a lie! Sometimes life is not just a mystery, but withal a discovery and cognizance of facts and people around, people who have lived on this planet every moment of your life, as a part of your life, have breathed through the times you have spent. Yet they remain anonymous to you like aliens from a different world. Their existence is non-extant. Yet they influence you without your knowledge. Sometimes they too are oblivious to the reality, like the railway tracks which run parallel to each other but never meet. The moment the tracks meet, there is bound to be a disaster. She is a simple girl from Thailand and he is one of the top business magnates of India. She claims to be his daughter and a year later she is found killed. A Managing Editor of a leading newspaper and a CBI Investigating Officer team up to unearth the truth. How far do they go to uncover the mystery? Delve into the timeless journey that promises to keep you hooked from the beginning to the end….without a blink!

1 review for DNA Dad’s not Adopted